If you enjoyed extreme sports or even just snowboarding and surfing you might be interested in a new handheld propulsion system that has been designed and developed by Dreamscience Propulsion.

The Dreamscience thrusters use fans that are rotating at around 30,000 rpm two add extra power to the speed at which you can travel on a variety of different modes of transport from snowboard to paraglider. Check out the video after the jump to see them in action. 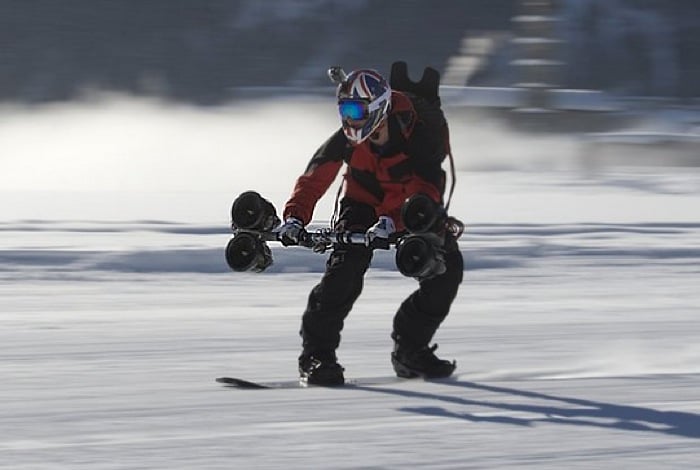 “The thruster is a very powerful motor driving a fan, about 30,000 rpm,”-“A modern jet engine has a turbojet propulser module at the core of the engine and this drives a large fan at the front of the engine that generates most of the thrust.

Electric motor technology has recently progressed to the level where the turbojet core can be replaced with a high power electric motor. A turbojet core generates massive amounts of heat, so an advantage of a motor core is the cool exhaust air stream making extreme sports applications possible without the danger of getting burned.

Using our thrusters is just like using a Power kite, but with the advantage of reverse thrust and instant power independent of the wind and weather. And with an output wind speed of over 200mph – pretty powerful too ! You can also use reverse thrust to slow down crash, so you’ve got safety too.”

For more information on the new Dreamscience thrusters jump over to the official website for details.