In probably one of the most epic short films ever made, Jacob Sutton and Artec pro snowboarder William Hughes team up for a surreal LED snowboarding experience. 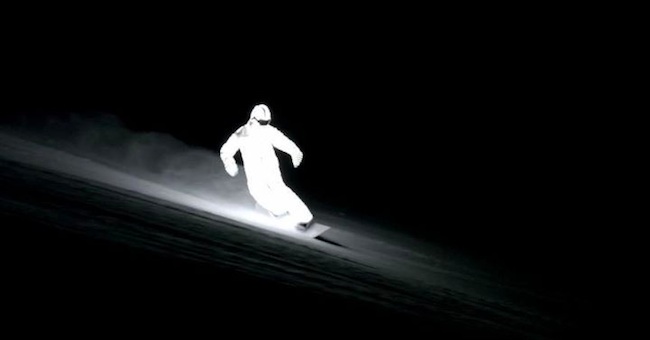 Up in the Rhône-Alpes of southern France in the slopes of Tignes, Sutton trekked with Hughes for some nighttime boarding. This wasn’t any ordinary adventure though, since the pro snowboarder donned a specially-made LED suit from designer John Spatcher and built by Flat Cat Productions. It took 300 man hours to complete the suit and fine tune it. The suit itself uses LED strips that run on NiMH batteries.

“Filming in the suit was the most surreal thing I’ve done in 20 years of snowboarding,” says Hughes of the charged salopettes. “Luckily there was plenty of vin rouge to keep me warm, and Jacob’s enthusiasm kept everyone going through the cold nights.”

With his Red Epic camera at temperatures dropping to below 20 degrees C, Sutton shot Hughes slicing the powder effortlessly through snow-laden slopes.