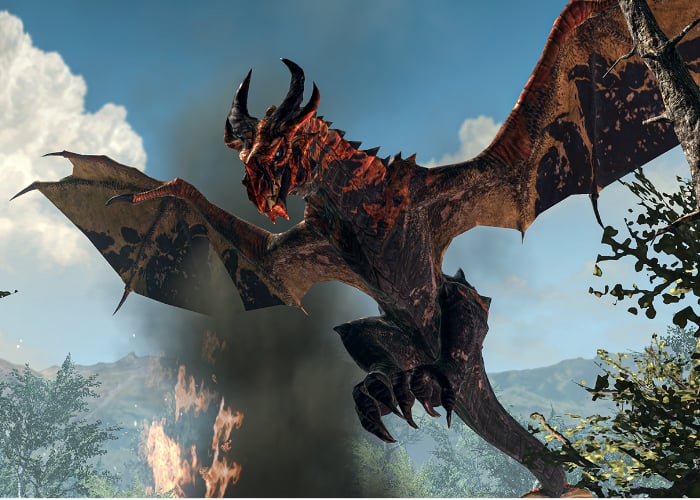 At E3 2019, Bethesda has announced that the Elder Scrolls Blades game will be arriving on the Nintendo Switch during the fall of 2019. together with the rollout of a major update to the mobile Elder Scrolls Blades game, bringing with it a new Dragon Slayer questline, new solo arena quests, new jobs, a custom jewellery system, support for level 50+ players, NPC voice-over, and more.

New features arriving in the first major update to the mobile Elder Scrolls Blades game now available for both Android and iOS devices include :

– All-new NPC voice-over: VO has been added to NPCs you encounter in town, during major quests, and in the solo arena battle jobs.
– New Dragon Questline: A new questline has been added featuring a fearsome Ancient Dragon and a mysterious dragonslayer.
– New Jewelry: We’ve added new skill-boosting rings and necklaces. Look for them in chests, craft them at the Smithy, or buy them at the Enchanter’s Tower.
– New Jobs and Solo Arena Battles: Adjustments and additions have been made to Jobs including the addition of Solo Arena Battles.
– Support for Players that are Level 50+: Adjustments have been made to allow for players to level up beyond 50.

New additions can be found to Jobs including some new scenery and new ways to test your skills in combat.
– Take arms and fight NPC enemies one-on-one in Solo Arena Battle Jobs.
– Get some fresh air with new Jobs that take place in the forest.
– Some secrets have been added to select Jobs. Will you find them all?
– Reward icons have been added to the Jobs Menu.
– The average difficulty of Jobs at higher levels has been reduced.
– The timing of the Elder Chest Job rewards has been randomized.
– Materials to collect can now be picked up by tapping on the objective icon.
– Food: Removed food from the very beginning of jobs.

For a complete list of all the patch notes jump over to the official Bethesda blog by following the link below.