Double Robotics has created an awesome new style of telepresence robot called the Double, that uses an Apple iPad to create the two way communication and power the controls.

The Double is equipped with two wheels ate its base and holds the iPad at eye level (40″ – 60″ above the ground) allowing you to engage with others just as if you were there. Watch the video after the jump to learn more about the Double telepresence project and see it in action. 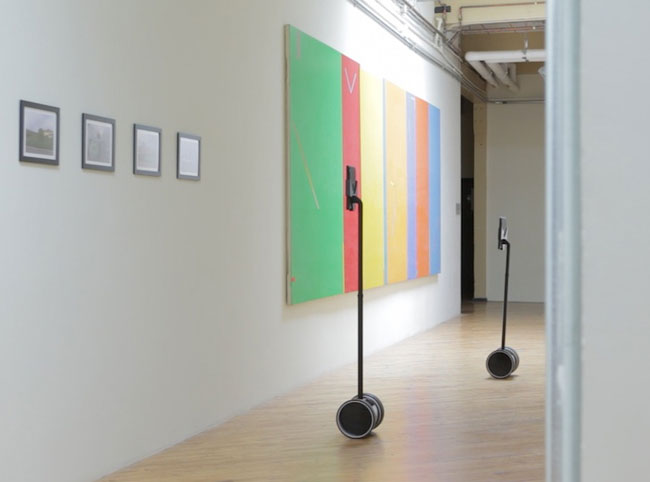 The Double is also equipped with a retractable kickstands that automatically deploys to conserve power when you are not moving around, providing more stability to your Double when talking.