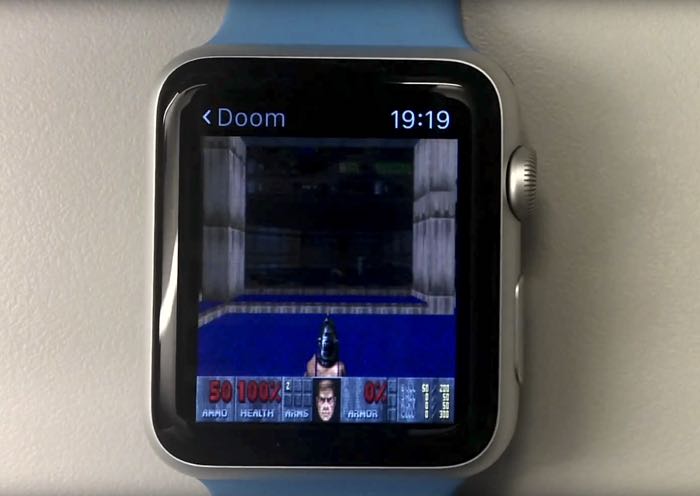 We have already seen videos o Doom running on the iPhone and iPad and now a couple of developers have managed to get doom onto some other Apple devices.

The two videos below show doom running on the Apple Watch and also on the new Apple TV which launches later this month.

First up is a video of doom running on the Apple Watch, this was created by Libor Tubi who work’s for Facebook in Tel-Aviv.

So we had a 10-hour hackathon in our Facebook Tel-Aviv office, and the idea was to hack around iOS stuff. Apple has released beta versions for watchOS 2 that lets you run native apps on the watch and we thought it could be fun to port Doom over to it! (not to mention the fact that JOHN CARMACK is a colleague OMG!!)

The next video shows Doom running on the Apple TV, this was put together by developer Mehdi Mulani who also works for Facebook.