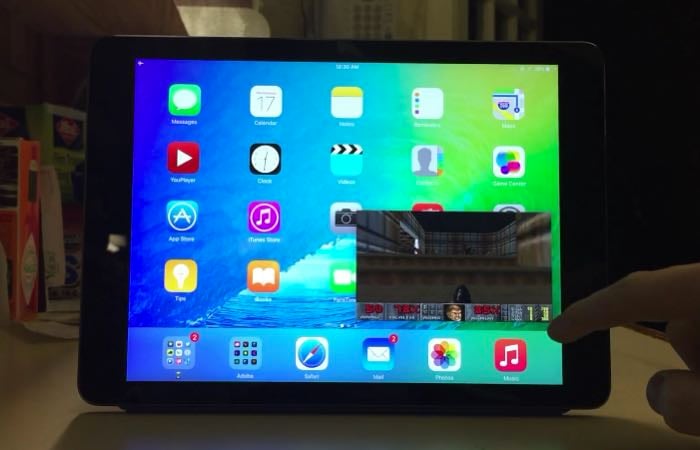 One if the new features in apple’s iOS 9 OS is a new picture in picture mode, this allows you to view a video or have a FaceTime call on your iPad whilst viewing other content on your device.

The iOS 9 picture in picture mode only supports Apple’s video applications or videos that are played through Apple’s Safari browser.

According to Adam Bell this was done without any jailbreaking and he used the public API to enable this feature in iOS 9.

iOS 9’s Picture-in-Picture mode is super boring, so I made it play @DOOM instead! 😀 (Done with public API!) https://t.co/fctrnls5w3

Apple is expected to release iOS 9 some time in September along with the new iPhone 6S and 6S Plus smartphones.