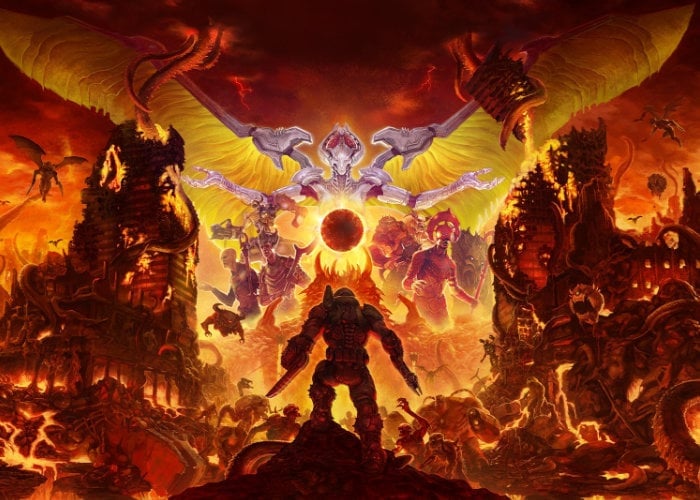 At QuakeCon 2019 Bethesda and id provided a more in-depth view of the multiplayer mode within the new DOOM Eternal first person shooter game that will be officially launching in a few months time on November 22nd, 2019 and will be available on the PC, Xbox One, PlayStation 4, Nintendo Switch and Google Stadia streaming.

Within DOOM Eternal players once again take on the role of the DOOM Slayer, an ancient warrior who battles the demonic forces of Hell. As with previous titles the game has an emphasis on “push-forward” combat, encouraging players to aggressively engage enemies in order to acquire health and ammo. Check out the gameplay demonstrated at the Bethesda QuakeCon 2019 presentation earlier this month for an overview of what you can expect from the multiplayer mode that pits Slayers versus Demons.

“Following an unknown time frame after the 2016 reboot, the Doom Slayer returns once more to combat the forces of hell. Earth has been overrun by the demonic forces, transforming it into a nightmarish flesh and bone monstrosity. The Slayer returns to save the human race once more, but he incurs the wrath of Heaven in the process”