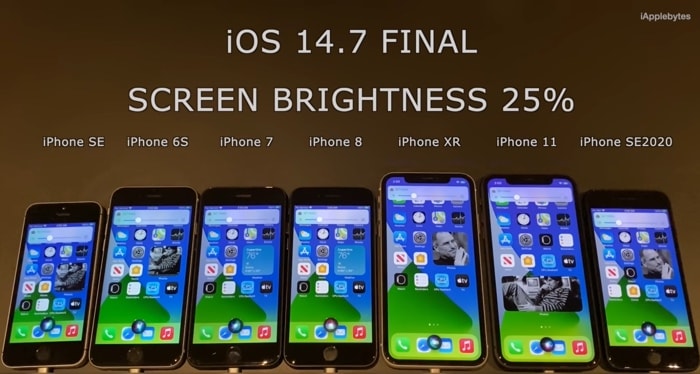 Apple recently released iOS 14.7 for the iPhone and now we get to find out if the software improves the battery life on the iPhone.

The update comes with a range of new features and also bug fixes and performance improvements and now we get to see a battery life test of the software.

The video below tests the battery life on the original iPhone SE, the iPhone 6S, iPhone 7, iPhone 8, iPhone XR, iPhone 11 and the 2020 iPhone SE.

As we can see from the video the new iOS software update does bring some improvements in battery life over the previous iOS 14.6 release.

Some devices saw quite an improvement whilst a couple of models of the iPhone only saw some minor improvements in battery life.

The new iOS 14.7 software update is now available to download for the iPhone, you can install the update on your device by going to Settings > General > Software update.

The update brings a range of new features to the iPhone and it also comes some bug fixes and performance improvements. This includes support for the new MagSafe battery pack for the iPhone 12 range of handsets and also some updates to Apple Card Family.

There is also an update for the Home App that adds the ability to manage multiple timers on your HomePod from your iPhone.