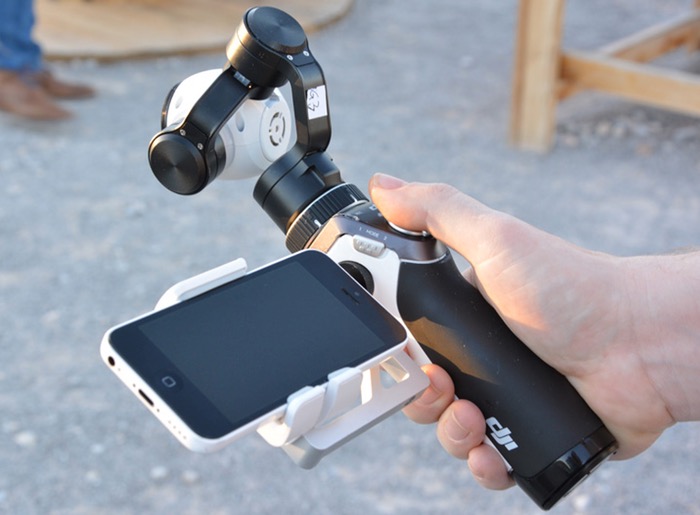 DJI is well known for its easy to fly camera drones and using the camera mounted technology from their quad copter drones. DJI has created a more down-to-earth version which is capable of being held in the hand, in the form of the DJI Inspire 1 gimbal.

The DJI Inspire 1 handheld camera gimbal allows users to stream the imagery from the small gimballed camera in front directly to their smartphone, which is also used as a viewing screen whilst recording and held in place via the integrated smartphone mount.

The Engadget team has been able to get a quick hands-on demonstration of the new DJI Inspire 1 gimbal and says that the companion application for the device “makes the mini rig a surprisingly comprehensive, yet portable stabilized 4K video setup”

Unfortunately at the current time the DJI Inspire 1 handheld camera gimbal is just a prototype device and the company has not yet announced any release date or pricing structure for the new smartphone camera gadget. But as soon as more information is made available by DJI we will keep you updated as always.

For more information on the range of drones and gimbal products currently available from DJI jump over to the official website for details via the link below.