This gag is disgusting, cool, and very funny all at the same time. A guy has cobbled together a remote control after being inspired by a chair that Tweets when you fart and an Arduino remote control to play a gag on his dad.

The guy rigged up a remote control for the TV using the Arduino device and a methane sensor. When the sensor smells a fart, the channel on the TV randomly changes. 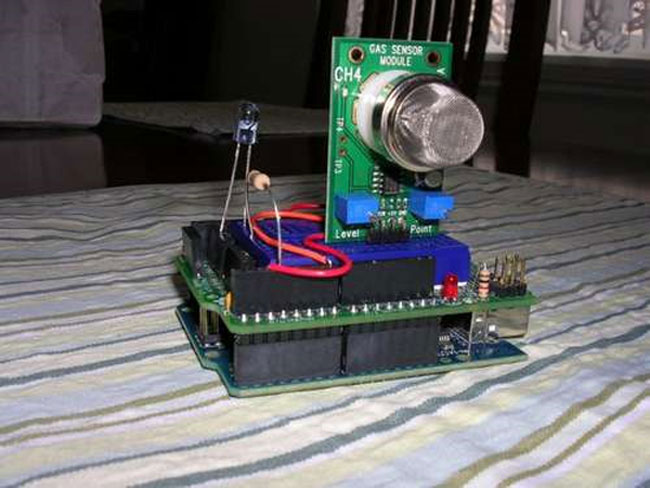 The Arduino controls the actual channel changing and apparently, you can customize how it changes the channel based on things like the strength of the fart. I wonder what it does if someone sharts.