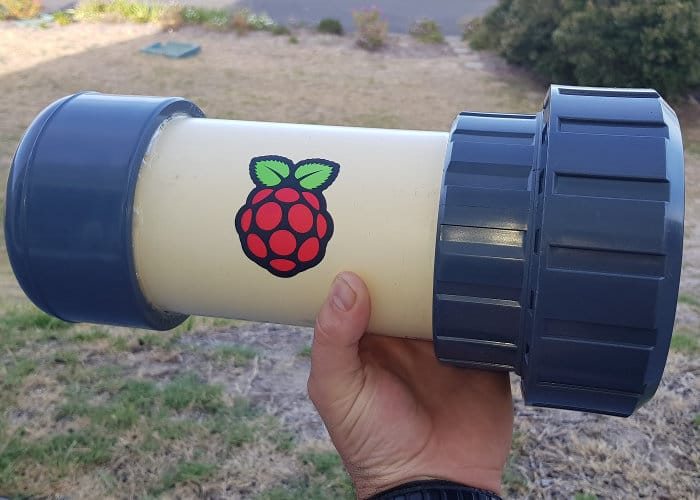 Raspberry Pi enthusiasts searching for a new project to keep them busy this weekend or inspiration to create something unique and new, may be interested in a new underwater camera powered by the awesome Raspberry Pi mini PC, which this week celebrates its 6th birthday.

Designed to allow users to explore shallow water the Raspberry Pi underwater camera is currently in its prototype stages of development and is being tweaked to last five hours on a single charge taking a photograph every five minutes. The latest version uses a Raspberry Pi 3, equipped with a version 2 Raspberry Pi camera module powered by a 12 V, 2.4 Ah rechargeable lead-acid battery. All the electronics are enclosed inside a 110mm piece of PVC tubing and the Raspberry Pi camera is situated behind a 10 mm acrylic lens fixed inside the heavy duty PVC fitting at one end. The housing has been tested to withstand four bars of pressure without leaking and can be positioned underwater to capture time-lapse images.

“Fred” the designer of the Raspberry Pi underwater camera would like to add an Arduino in the future to provide more control over the battery usage and also provide vital signs to the Pi. As well as adding a LDR to determine whether there’s enough light to warrant turning the Pi on to take pictures that the five minute intervals. Check out more images of the Raspberry Pi underwater camera over on the official makers Hackaday page by following the link below.