DivX TV that launched in October and is now available on a selection of LG Blu-ray players and home theater systems without the need for a PC has today added several new content providers to its line-up. 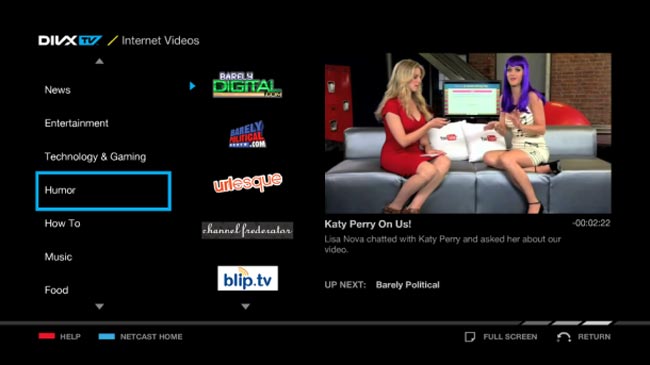 As well as providing access to more than 10,000 videos from across the webs the service also enables users to bookmark their favourites and even create their own personalised channels to view.

So make sure that your LG Blu-ray player has received its free firmware update to allow you to view DivX TV.