Disney Research has unveiled a new Microsoft Kinect accessory called Aireal which has been created to provide users with force feedback, in the form of a focused blast of air.

The Aireal Kinect device is currently still in the early stages of development but has been design to provide Kinect players with a real sense of being involved in the game they are playing. Watch the video after the jump to learn more about the Aireal project and see it in action. 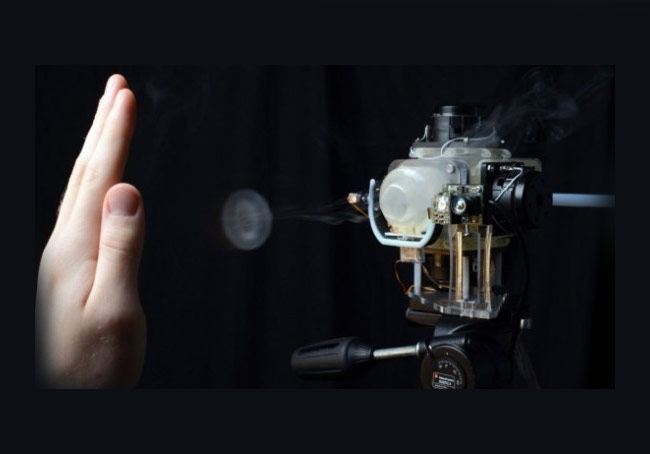 The Aireal canon tracks the player as they play games using the Kinect system and synchronises with their gameplay and Disney Research describes the system as creating “interactive tactile experiences in free air”. Aireal will be demonstrated at this years SIGGRAPH 2013 conference, along with the other projects seen in the above video.

Unfortunately no information on pricing or even whether Aireal will make it to market as yet, but as soon as more information comes to light we will keep you updated as always.