Anyone who owns an Android device equipped with NFC connectivity might be interested in a new device called Dimple, that has been created to allow you to add extra functionality by adding extra buttons to the back of your smartphone or on the side of your tablet.

Dimple is a small sticker with four buttons that require both Google’s Android operating system and NFC support. Once applied to your smartphone or tablet, Dimple’s button functionality can be customised to met your needs. 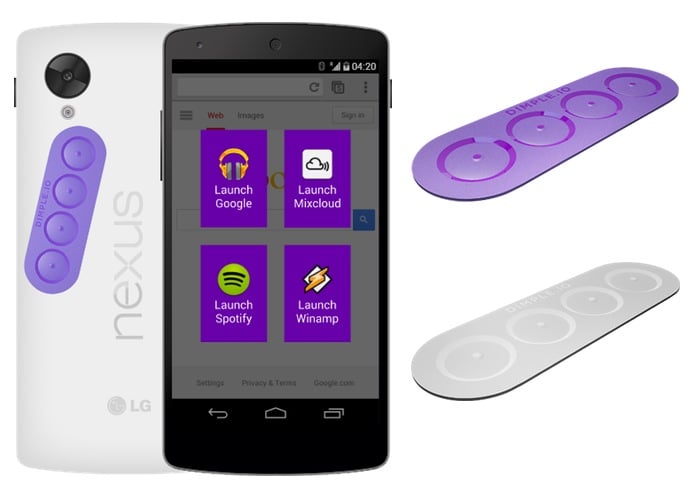 Dimple isn’t currently available to purchase that will be launching a crowd funding campaign over on the Indigogo website early next month, allowing you to be one of the first to own this innovative device.

Dimple makes doing everyday tasks even easier and saves you time. Watch the video below to learn more about the Dimple project and see it in action.

In the mean time for more information on the new Dimple buttons for NFC Android devices jump over to the official Dimple website for details and don’t forget to check out the new Indiegogo campaign that is launching on May 6th and will be available for $26.99, with a planned retail cost of $28.99.