Some of our readers will remember the Wi-Fi Sync app that we featured on the site last year, it was developed by student Greg Hughes, and Greg originally submitted the app for Apple to approval, but it was turned down.

The app was then sold via the Cydia store, and has sold over 50,000 copies to date, and the Wi-Fi Sync apps lets you sync your iOS device with your iTunes library over Wi-Fi. 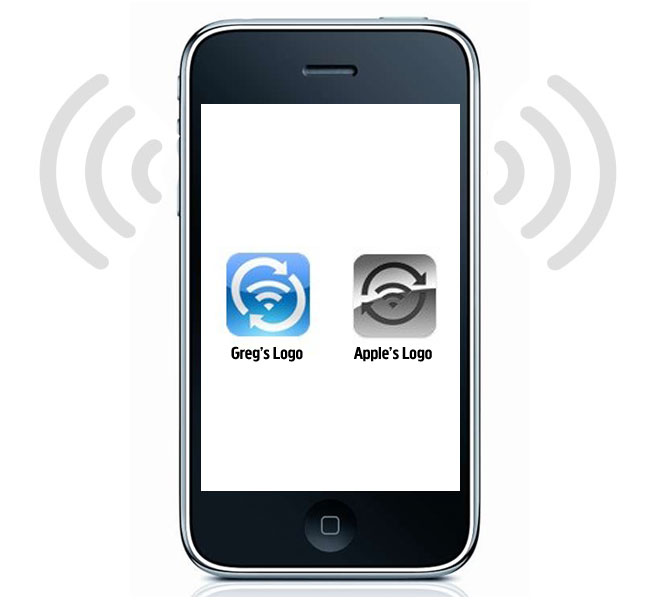 Apple has now added this feature to iOS 5, and it seems that their icon for the app is very similar to Greg’s icon for his Wi-Fi Sync app, and a they have even called it by the same name as Greg’s App, Wi-Fi Sync.

Greg recently spoke to the Register about his app and told them “Obviously I was fairly shocked,” said Hughes, referring to his reaction on Monday when he saw the new feature promoted on Apple’s website. “I’d been selling my app with that name and icon for at least a year. Apple knew that, as I’d submitted it to them, so it was surprising to see that.”.

Apple had even apparently asked Greg to give them a copy of his CV and told him that the Apple engineers were very impressed with his app, is it just a coincidence that Apple has produced their new app for iOS 5 with the same name, a similar logo and almost exactly the same features as Greg’s app.