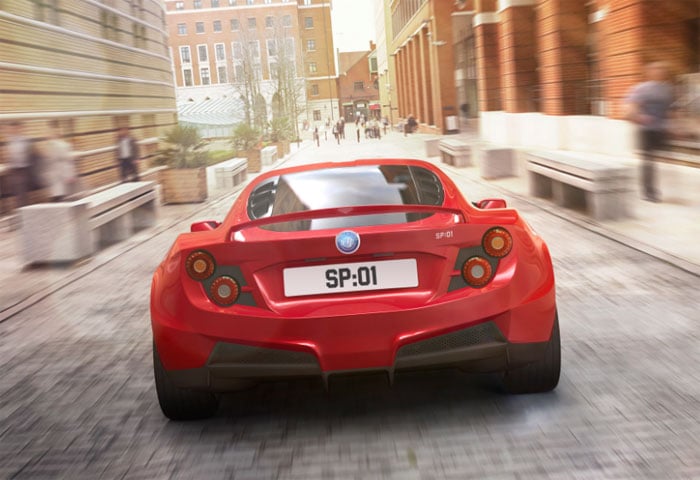 Detroit Electric has revealed the final design for its new electric sports car called the SP:01. The final design has changed a bit from the original concept car shown off at car shows previously. The car looks much the same as the original, but has tweaks to improve stability and aerodynamics for the car at speed.

Detroit Electric says that the car will go on sale in Asia, Europe, and North America starting in 2015. The car will be the world’s fastest production electric car when it goes on sale according to the maker. Top speed for the SP:01 will be 155mph and the car will be able to reach 60 mph from a standstill in 3.7 seconds.

The biggest change to the final design of the car is a move to a fastback configuration from the original flying buttresses on either side of the rear window the original offered. The entire design of the car has also been optimized using computational fluid dynamics analysis to enhance airflow and reduce turbulence for maximum performance and stability. The car also gets a sculptural rear wing and under-body diffuser. The front air intake and outlet ducts on the hood were also reshaped for better airflow to the HVAC system.