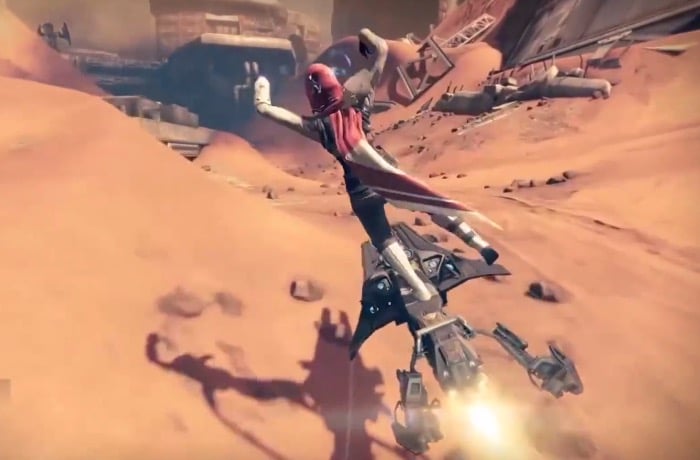 A glitch in the new Destiny game created by developer Bungie, has created a new way for players to travel in style by surfing on top of their Destiny Sparrow vehicles and others.

Apparently the Destiny sparrow glitch works on Xbox, and other players can only see the glitch if you go through an area that has to load. Check out the video after the jump to see more Destiny Sparrow Surfin’ in action.

The Destiny glitch was discovered by Freke Out who says : “ I like to spam the buttons on my controller. In doing so, I found this sweet glitch. Give it a shot and share your own sparrow surfing montage!”

Destiny ’s gaming style has been described as a FPS that incorporates RPG and MMO elements, however Bungie has avoided defining the new Destiny game as a traditional MMO game.

Earlier this week the games publisher Activision Blizzard announced during its earnings call, by the company’s CEO Eric Hirshberg that Destiny game currently has 9.5 million registered players. Its was also revealed that Bungie is already working on a sequel for the Destiny game :

“Work has also begun on future expansion packs as well as on our next full game release. We’re very pleased with the launch and continuing engagement.”