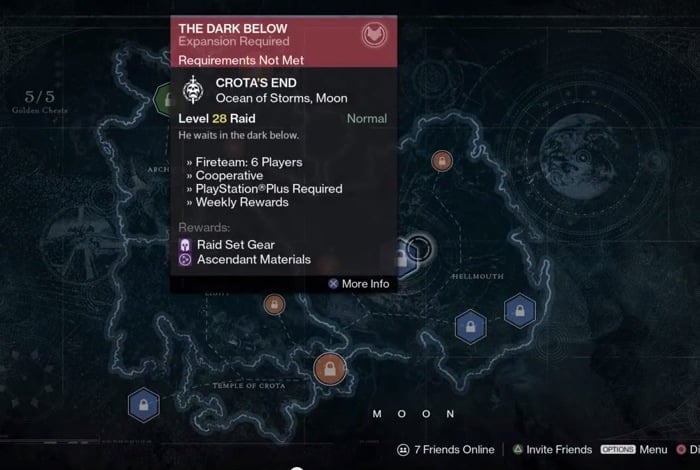 A Destiny bug has been discovered since the last patch to the game made by Bungie last week, that has revealed a wealth of possible new content that could be rolled out to Destiny by the games developer over the coming weeks or months.

As you can see in the three minute video after the jump, whilst mousing over map positions new content is revealed that is currently locked and requires a new expansion, in a similar way to how locked content was during the beta gameplay trials.

Reddit user KilledbyDice has complied all the information for easy reading from the videos published to YouTube, which can be read here. But as always with leaks like this gamers need to take the information with a grain of salt, as anything could change before the official unveiling by Bungie or Activision. Both of whom have been contacted to comment on the newly discovered content, but as yet have not released any statement.

Earlier this month Bungie announced two new Destiny Public Events for owners of the game on Xbox One, PlayStation 4, PS3 and Xbox 360 one of which is already underway and which prompted the Destiny bug that has revealed the new content. As always we will keep you updated as more information is released or leaked.