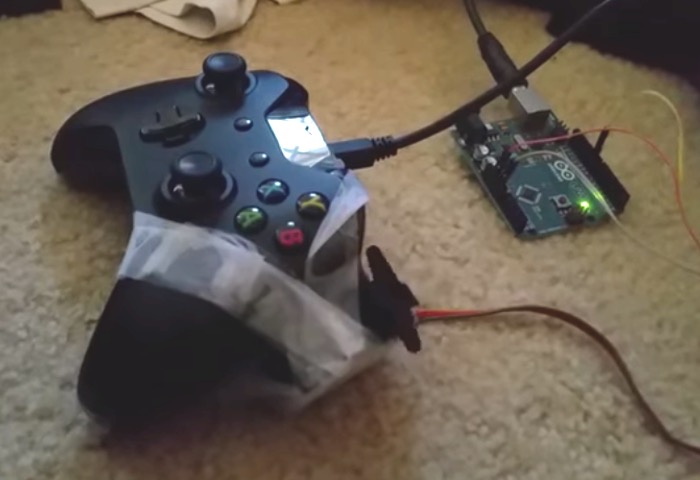 Levelling up in Bungie’s new Destiny game can take quite some time especially if you have multiple characters you wish to advance. One industrious Destiny player though has decided to level up one of his characters using a auto levelling robot he has created using a servo, Xbox controller and an Arduino Uno development board.

It might not be the fastest way to grind your way through the levels within Destiny but the very unique robot is quite ingenious allowing YouTube user Yavin Four to sit back and watch, or in this case sleep as levels clock up. Watch the video below to see the Destiny levelling robot in action.

The Destiny robot uses an early Ocean of Storms level on the moon to complete it task where enemies rush forward all by themselves. Melee attacks are used for close quarter fighting and when the Destiny character dies it restarts at the same location.

For more information on the new Destiny robot and how to create your very own jump over to the Reddit website for details via the link below.