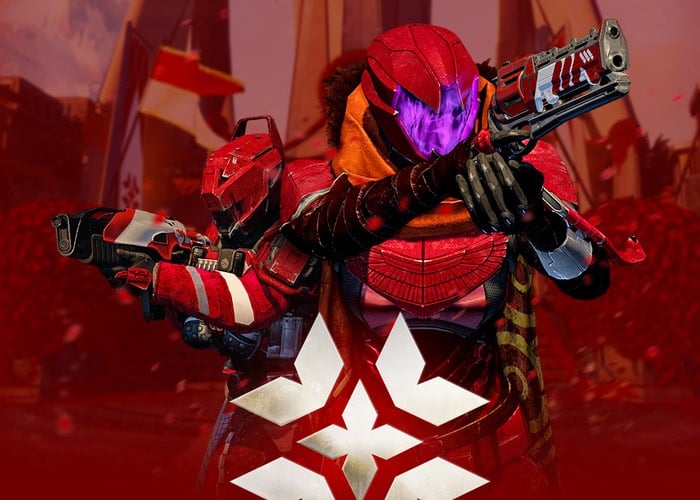 Destiny players patiently waiting for the Destiny The Taken King’s Crimson Days event will be pleased to know it has now arrived and starts today February 9th and runs until February 16th starts time take the form of 10.00am PST or 6.00pm GMT or 7.00pm CEST.

The Destiny Crimson Days event brings with it the new Crucible mode named Crimson Doubles that takes the form of a new 2 vs 2 Elimination mode. if you have the skills to win five rounds against the opposing team you then emerge victorious.

In the event of a partner falling during battle the living player will become heartbroken and will be “infused with the power of Broken Heart” to help take revenge allowing them to draw weapons faster and have their recovery posted to maximum and the buff remains in place until they die or are victorious.

other new features of the Destiny Crimson Days event include the ability to win the elusive 320 Ghost, new quests, bounties, emotes and more, Bungie explains more over on the official website.

CRIMSON DAYS celebrates two Guardians, united against the competition, watching one another’s backs and becoming legend together. A Crucible Fireteam, forging bonds of teamwork and friendship that even death only strengthens. Form a Fireteam with a friend and confront all challengers in an all new 2v2 Elimination Mode. Win five rounds against the opposing team to secure victory.

The all new Crimson Doubles game mode will be available for a limited time, beginning February 9th, 2016 and ending on February 16th, 2016. Launch Crimson Doubles via the featured activities section available in the Director. You must be in a Fireteam of two players to play Crimson Doubles. Complete Lord Shaxx’s “Crimson Bonds” quest for a new Crimson Days Emblem. Play Crimson Doubles for a chance at new Shaders and new Ghost Shells that can drop at up to 320 Light. Crunch down a Crimson Candy to buff yourself and your Fireteam.

For more information on the new Destiny Crimson Days event jump over to the official website for details via the link below.