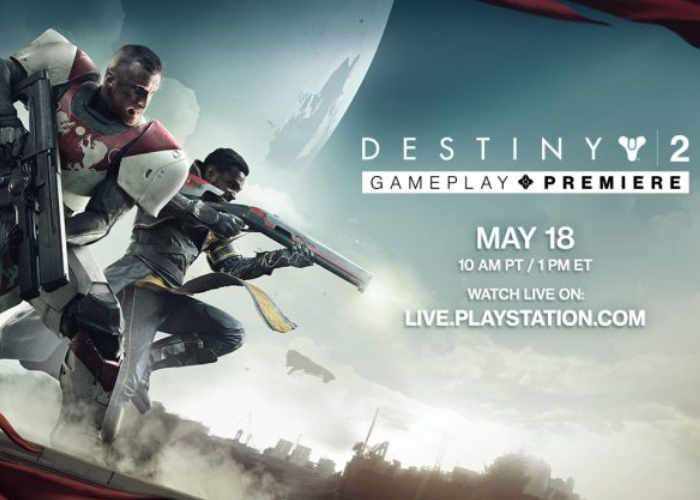 Today developer Bungie will be unveiling the first look at gameplay from the new Destiny 2 game which is currently under development. Those interested can watch the news and gameplay as it unfolds Live at 10am Pacific or 1 PM ET via the live.playstation.com hub.

Destiny 2 as expected to launch later this year and as the name suggests is the sequel to the hugely popular first game in the series. As well as providing a first look at Destiny 2 gameplay Bungie will also be offering a chance to win a ticket to this year’s E3 2017 games conference.

Starting at 10:00am Pacific Time, Bungie will premiere first gameplay footage from Destiny 2. Those attending the event will also get the chance to play the game for the first time on a PS4 Pro. It should be quite the show!

But PlayStation Store is looking to sweeten the pot just a bit more. You can watch the event live at our fancy live.playstation.com hub. By visiting the site and completing a few quick quests, you could get a chance to win one pass to attend E3 2017 in Los Angeles from June 13 through 15. Not bad!

Be sure to check out live.playstation.com to see full details on how you can enter for a chance to win.
In other news, tomorrow our intrepid Blog correspondents Justin and Zac will be on the scene, speckling PlayStation’s Instagram, Facebook, and Twitter with all the goings-on. Keep your eyes peeled, Guardians. See you tomorrow!