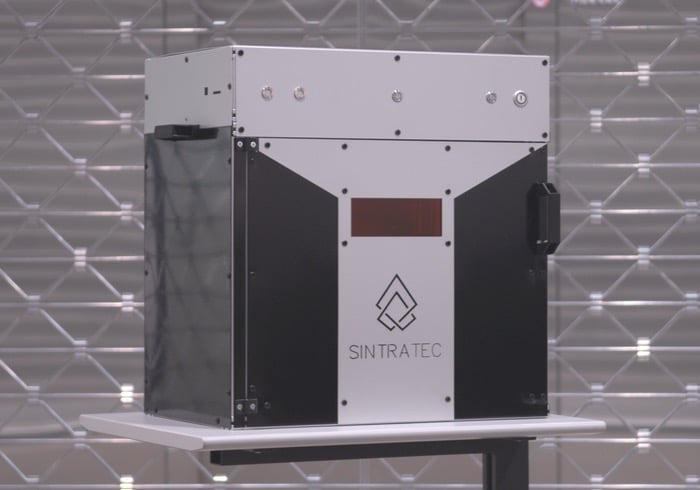 Sintratec has this week unveiled more details about their new desktop Sintratec SLS 3D printer which is aiming to provide desktop SLS 3D printing technologies for the home and small business market.

Earlier this year Sintratec announced they were developing a new SLS 3D printer that will be priced under $5,000. The company has this week revealed that their new SLS 3D printer will be launching on the Indiegogo crowdfunding campaign priced at just $3,999.

Specification of the new Sintratec SLS 3D printer include a 130x130x130mm build volume, together with 500w optical heater and a 1200w heating coil, with a 150 degree chamber temperature. The $3,999 price tag of the desktop SLS 3D printer is amazing when you compare it to other SLS 3D printers currently available are sold sporting six or even seven digit prices.

SLS or Selective laser sintering 3D printing uses a laser to solidify and bind the powdered material together, by aiming the laser automatically at points in space defined by the required 3D model you would like to create, and without the need for support structures. Check out the video below to SLS printing in action.

When the new Sintratec SLS 3D printer launches over on the Indiegogo crowdfunding website and more specifications are released we will keep you updated as always.