There are plenty of 3D printers available on the market at the moment, many of which we have already featured here on Geeky Gadgets. However if you are looking for a little extra height for your creations you might be interested in the new high-resolution Deltaprintr 3D printer which has launched on Kickstarter, thats offers a 12 inch printing height. 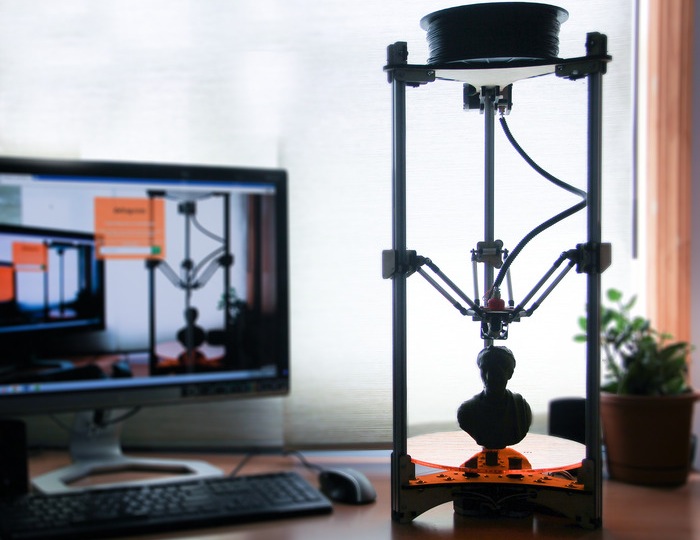 “The Deltaprintr uses three stepper motors, located under the acrylic build platform, to control the carriages that move the hot-end. Both the drive reels and the bearings that the carriages ride on are manufactured via high-precision CNC machining.

The minimal carriage design allows you to simply slide the assembled carriage onto the extruded aluminium beams without having to make any adjustments. The Deltaprintr also uses 65lb Spectra fishing line instead of expensive belts to control the carriages. The Spectra line also makes it easy to expand the build volume – all you need to do is buy longer aluminium extrusions, which costs a few dollars.”