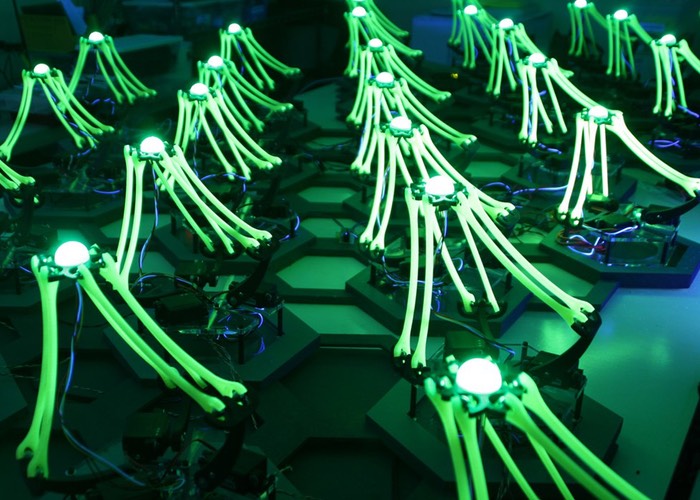 Sarah Petkus and Mark Koch have created an army of miniature Delta 3D printed robots that they have programmed to respond to physical motion as well as creating them a luminous 3D printed materials.

Watch the video below to see this interesting project demonstrated in real time as the army that will be 86 in size for the Light Play show at the San Mateo Maker Faire, running May 16-17th. 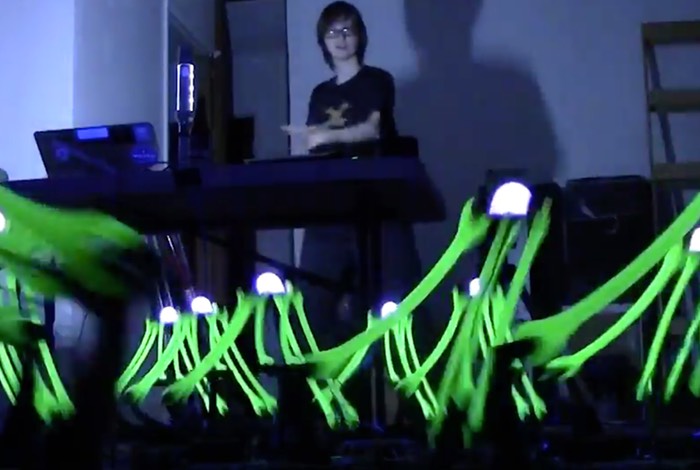 “This is our interactive installation of miniature delta robots which respond to physical motion, granting the user with the sensation of control over an immersive mechanical entity.

The robots featured in this video are the original 30 of our proof of concept. This spring we are expanding that number to 86 and taking the fully realized collective on tour along the west coast.”

“Light Play is an interactive hive of miniature delta robots made from 3D printed parts which act as a mechanical prosthetic for enhancing self expression,” Petkus wrote on the project site. “The movements of the individual robots are choreographed by a single participant’s physical gesture, resulting in simultaneous feedback in the form of movement and light patterns that mimic the motions of the body.”