Three Russians, a couple of guys from Europe, and a Chinese dude are in a slightly secret facility some distance from Red Square doing pretend. Pretend what? Pretend they’re on a space ship to Mars. This is no joke, as the program is sponsored by the European Space Agency. The simulation itself is hardly a weekend drill, lasting more than 500 days in authentic conditions. That means no Facebook time for any of them. Seen elow is a panoramic shot of the (rather drab) facility. 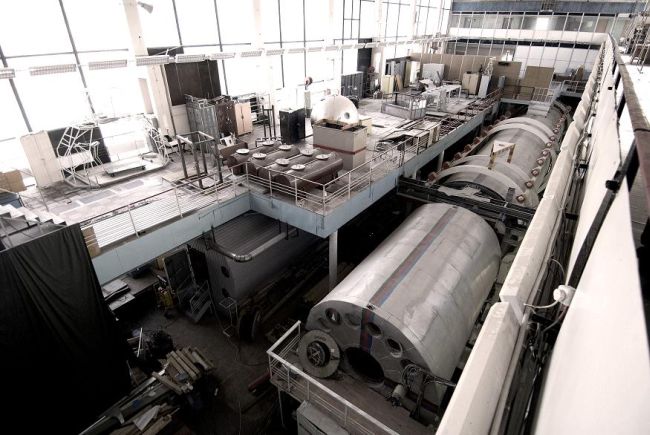 Why Mars? Cos it’s there! Flimsy reasoning, no doubt, but Mars has resided in the popular imagination for decades. The earliest Martian escapade we can think of is Edgar Rice Burrough’s John Carter of Mars series about a Civil War veteran who uses his mental powers to teleport himself to the Red Planet (otherwise known as Barsoom) where he subsequently falls for a super hot Martian princess named Deja Thoris. (This was the inspiration for Avatar, FYI.)

Unfortunately, no human beings are as well endowed (in the teleporting mental powers sense) as John Carter, who’s currently being made into a Disney movie (ugh). So in lieu of teleporting themselves to a distant planet and finding barbaric splendor, the five volunteers are locked away from the outside world for a ridiculous amount of time. When they do come out, we have no idea how their experience will inform the ESA’s Mars mission. It’s supposed to be an extended psychological test anyway.

There’s actually a very interesting video interview with two of the participants via the source link down south.