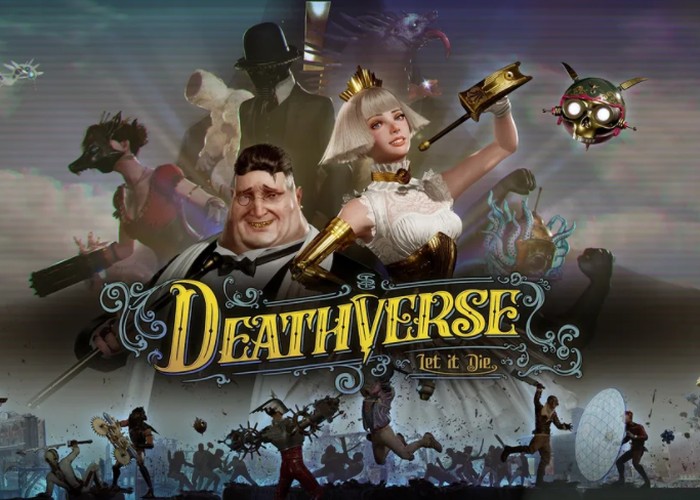 Shuji Ishikawa from Supertrick Games has revealed that the new game Deathverse: Let It Die will be launching on the PlayStation platform next year and will be available to play on the PS4 and PS5 consoles. From the team that brought you Let It Die the new game provides a new direction in the multiplayer survival action genre.

Deathverse: Let It Die is set in the world after the events of Let It Die, where players fight for stardom in the survival TV reality show Death Jamboree. The show takes place in a virtual world known as the Deathverse, which was created by the Yotsuyama Group as a final destination for people’s souls. Check out the announcement trailer below to learn more about what you can expect from the latest game from the development team at Supertrick Games.

“Upon participating in Death Jamboree, all contestants will be outfitted with a special “Wilson” unit, a robotic device that assists you in combat. Wilson units are equipped with a wide range of features made possible by cutting-edge technology. They’re considered a must-have item by well-to-do consumers everywhere. Incidentally, as a world-famous program at the top of the ratings, the show has many corporate backers. You’ll find costumes and Wilson units adorned with the mascots and logos of the program’s various sponsors. These also serve to further boost the show’s incredible popularity.”

“Master your favorite weapons, defeat your foes with flashy moves, and thrill the program’s audience and sponsors alike! Become one of this popular show’s star players and set your sights on greater fame and fortune. The recording studio for Death Jamboree – in other words, the site of your battles – is an uninhabited island that is growing increasingly contaminated with SPLithium, an indispensable, concentrated energy source used in people’s everyday lives. “

For more details on the new Deathverse PS5 game jump over to the official PlayStation blog by following the link below.