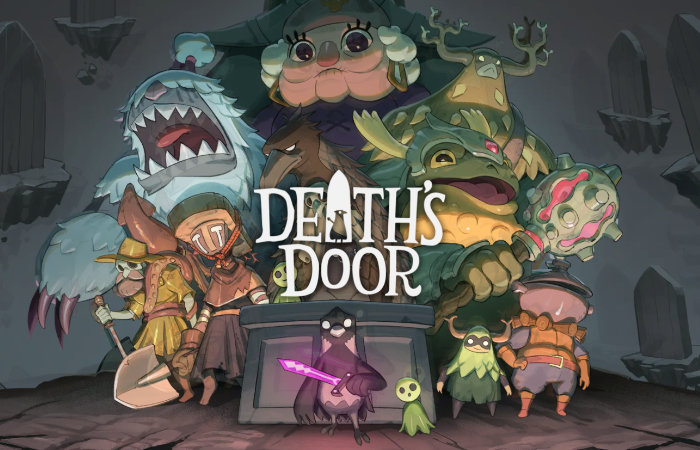 A new gameplay trailer has been released for the upcoming action adventure game Death’s Door which is currently in the final stages of development by the team over at Acid Nerve, creators of the critically acclaimed Titan Souls game. Death’s Door is now available to preorder via Steam at a 15% discount and the Xbox Store. Opting for the Digital Deluxe Edition of the game will provide you with the base game together with a digital art book which has been hand curated and designed by the game’s art director together with a complete 50-track Original Soundtrack.

Acid Nerve’s Death’s Door features a beautifully bleak world which you can explore, offering players a land of twisted inhabitants and countless secrets, bringing hope to the weird and wonderful characters you’ll meet along the way. In Death’s Door you need to track down and defeat colossal tyrants with stories and motivations of their own. “Experience a somber yet darkly comedic tale, uncovering the truths behind the flow of souls, the role of the Crows and the origin of the Doors”.

“Reaping souls of the dead and punching a clock might get monotonous but it’s honest work for a Crow. The job gets lively when your assigned soul is stolen and you must track down a desperate thief to a realm untouched by death – where creatures grow far past their expiry and overflow with greed and power.”