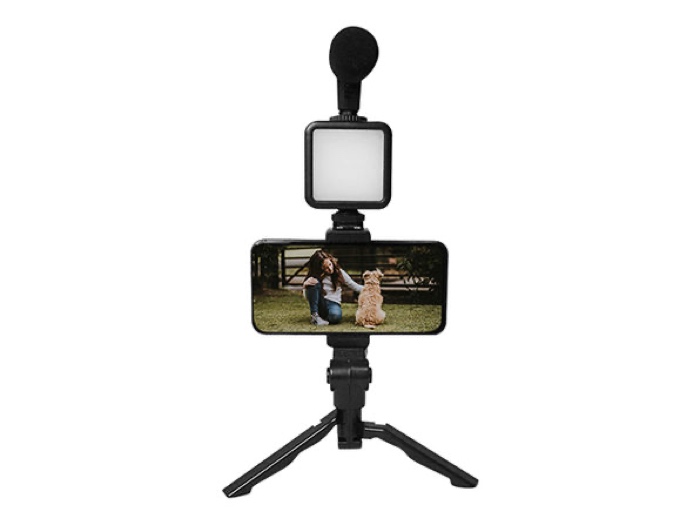 We have an awesome deal for our readers on the VLOG DOG Smartphone Kit in the Geeky Gadgets Deals store this week.

The VLOG DOG Smartphone Kit is available in our deals store for just $39.99, it normally retails for $1129, so you are basically saving 66% off the regular price.

Launching your own VLOG? You don’t need much to get started, a smartphone and a VLOG kit that won’t break the bank can do the job. Introducing VLOG DOG, the smartphone VLOG kit to embark on all your vlogging adventures! VLOG DOG is a desktop tripod to provide handsfree, stable shooting and video recording, or collapse the legs and the tripod is a handgrip for mobile shooting. VLOG DOG’s noise-canceling microphone and rechargeable LED fill light complete the kit for all your vlogging needs!

You can find out more details about this awesome deal on the VLOG DOG Smartphone Kit over at the Geeky Gadgets Deals store at the link below.