We have seen a lot of cool PS3 case mods here at Geeky Gadgets, this one is definitely one of the coolest so far, the Damnation Timberclad PS3.

The Damnation Timberclad PS3 was made for the launch of the Steampunk themed game Damnation, and it is finished in wood veneer, and trimmed with brass. 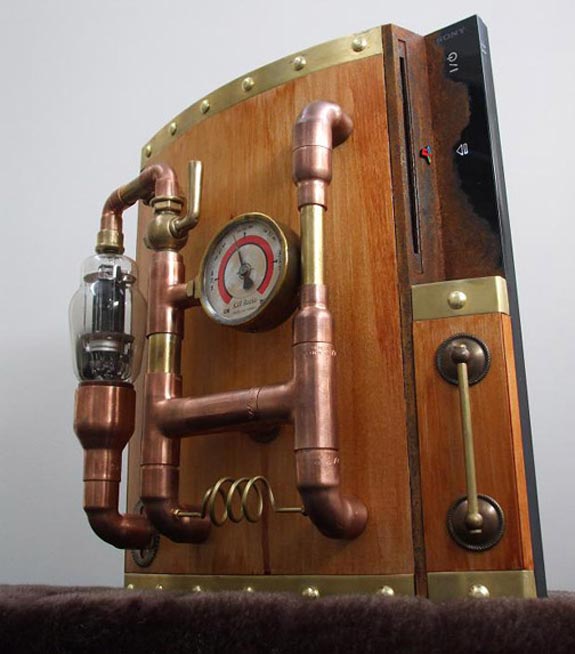 Head on over to Brass Goggles for more details and photos of this cool looking PS3 Mod, it certainly is different.