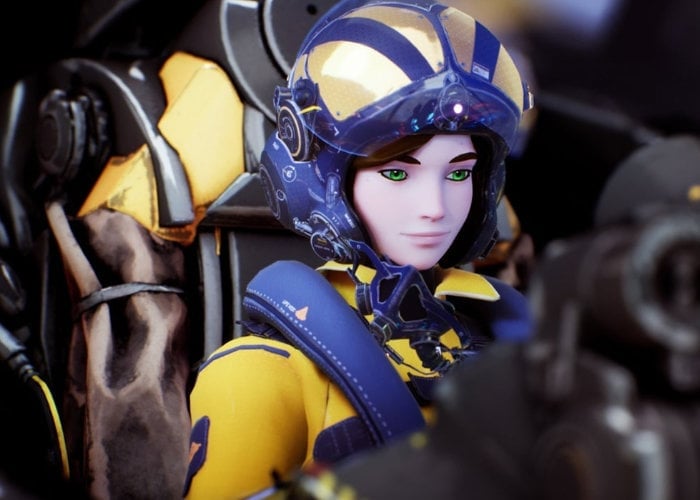 A new gameplay trailer has been released for Cygni: All Guns Blazing game currently under development by KeelWorks. “An unrelenting onslaught of eye-popping visuals, ear bursting soundscapes and mind-melting action makes Cygni the vanguard for the next generation of shoot-em ups. Outgunned, outmanned and out on your own, plunge into a sky full of hell in a last-ditch battle for survival.”

“Cygni is a twin-stick vertical scrolling Shooter hybrid with a cinematic flare, it promises to feature an eye-popping shoot’em up experience, an immersive and orchestrated score and sound design. Encamped within the remains of a long-lost civilization on Cygni, the planet’s defense forces are decimated by a surprise attack from a powerful, bio-mechanical, alien race. Players plunge into a sky full of hell in a last-ditch battle for survival. “

Features of Cygni: All Guns Blazing include :

– With next generation visuals, animation and special effects, Cygni is a cinematic shoot’em up.
– Be the lone fighter battling through intensely hostile levels filled with waves of air and ground assaults.
– Choose where to route power on the fly switching between shields (defensive) or weapons systems (offensive).
– Collect energy to power up your ship and energise weaponry from hard-hitting nukes to inescapable vortex bombs.
– Launch air-to-air and air-to-ground attacks as you traverse neon-lit metropolises, moon-like landscapes and even outer space.
– Go one-on-one against gargantuan enemies in cinematically epic boss battles.
– Full orchestral score and immersive sound design.