CyberPower has launched a new series of 3D desktop gaming PCs that are based on NVIDIA’s 3D Vision surround technology, the CyberPower Gamer Xtreme 3D.

The CyberPower Gamer Xtreme 3D PCs are designed to be used with three high resolution displays, and as well as the Gamer Xtreme PCs CyberPower will also offer the option in their Gamer Ultra range. 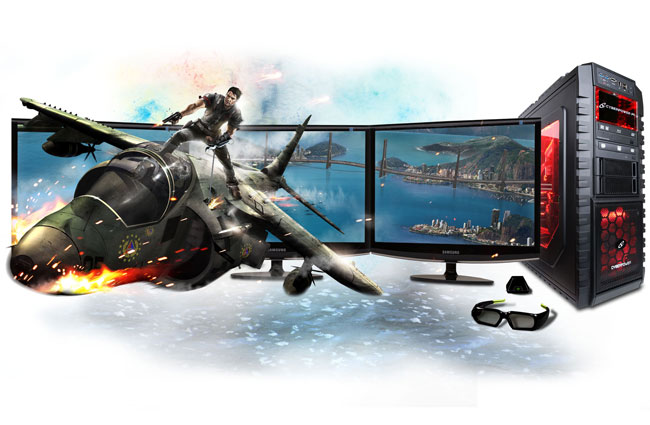 CyberPower customers can begin customizing a 3D-ready PC or a complete 3D Vision Surround system with 3D monitors and glasses.  Gamer Xtreme and Gamer Ultra 3D Vision Surround PCs can be optionally equipped with powerful Intel Core i3, i5, or i7 processors or AMD’s six core Phenom for smooth system performance. NVIDIA GeForce GTX 400 GPUs deliver the graphics horsepower to run your games in 3D stereo, across three displays, at HD resolutions up to 5760×1080.

You can find out more details about the new 3D Vision Surround gaming PCs over at CyberPower.