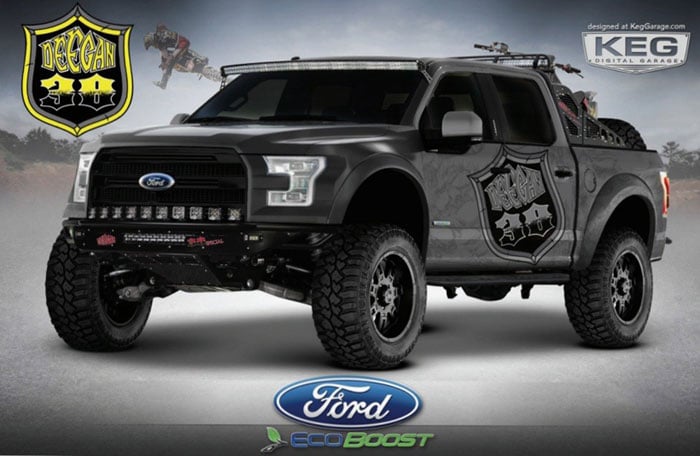 Ford plans to bring a pair of customized 2015 F-150 trucks to the SEMA show in Las Vegas early next month. The 2015 F-150 is the most significant redesign of the incredibly popular truck in its lifetime. This year model marks the first time Ford is moving from steel body panels to aluminum. Using aluminum brings massive weight savings to the trucks of 700 pounds to increase fuel economy and performance.

At SEMA Ford is bring a pair of customized F-150s to the show including the Deegan 38 truck built to honor Ford Racing’s Brian Deegan. The truck has custom wheels, graphics, tires, and special Fox Racing Shox. It’s powered by a 3.8L EcoBoost twin turbo V6 with special tuning for more power. The EcoBoost V6 has a higher towing capacity than many V8 engines. 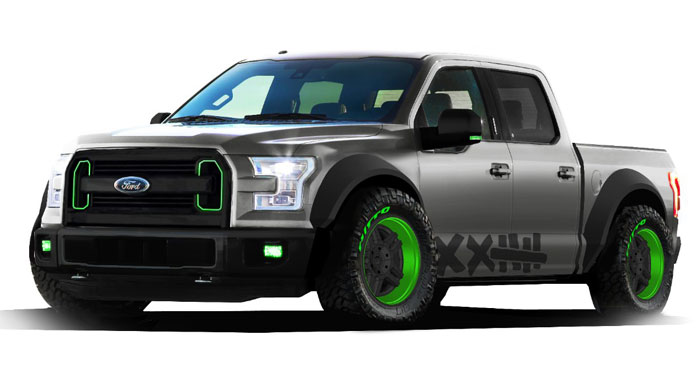 The second truck bound for SEMA was designed by Vaughn Gittin Jr., known for his professional drift racing exploits. This truck has a custom Kibbetech suspension with 12-inches of King shock controlled travel. The truck was made for daily on and off road driving, drifting, and jumping. It has Recaro race seats inside for five passengers.