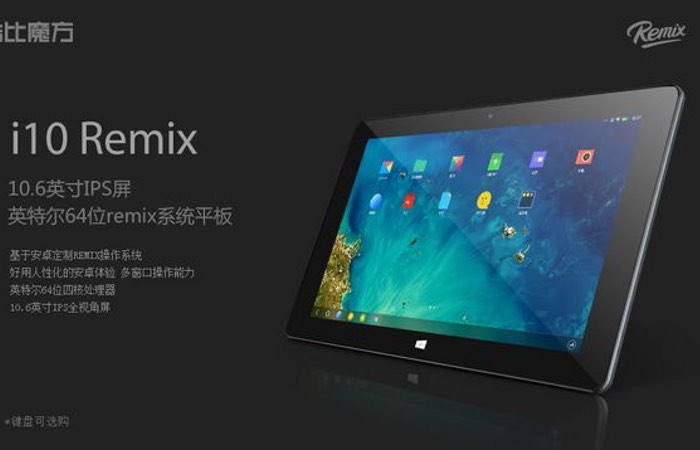 Following on from the launch of the Cube i7 Remix tablet with Remix OS earlier this year, Cube the Chinese tablet manufacturer has unveil their new Cube i10 Remix tablet that is set to launch soon priced at around $110.

The Remix tablet is powered by an Intel Atom Z3735 Bay Trail processor supported by 2GB of RAM and includes 32GB of internal storage.

The Cube i10 Remix feature a 10.6 inch IPS display and supports 802.11b/g/n WiFi, Bluetooth 4.0 connectivity together with a mini HDMI output, a microSD card reader to expand the on-board storage further, as well as front and rear cameras, and a 6,600 mAh battery.

The Cube i10 Remix tablet will be launching soon priced at 699 yuan, or about $110, as soon as more details are released we will keep you updated as always.