For reasons definitely related to gaming, this visually absorbing tennis ball is reminiscent of those combat drones from Mass Effect 2. Remember the engineer class? They launch drones in lieu of biotic powers, right? Yeah, so appearance-wise this sort of brings to mind those drones, except it doesn’t float around and zap people. Gaming references aside, seen below is a red tennis ball that sparkles in laser glory. 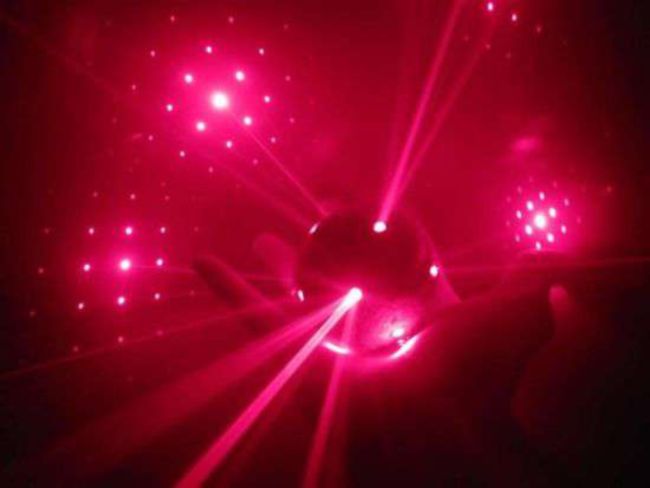 Turns out justifying why a person needs a vivid laser ball that used to be, well, a tennis ball is a little difficult. Let it stop at being visually attractive. As a DIY project, however, the laser ball conversion does take same time to prepare thanks to having so many lasers embedded on its surface. The good news is the electronic parts involved are cheap and generally store bought. Also, it’s a rechargeable device so it’s possible to party nonstop with the laser ball around.

The bad news? You might get sucked in by the light. Nah, kidding!

Alright, so instead of a lengthy rundown (there’s an Instructables page for that) here’s a video: