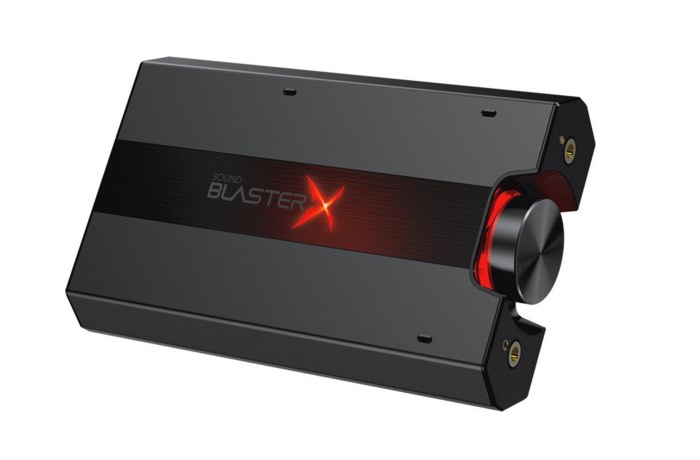 Creative has announced the launch of its new portable sound card and headphone amplifier in the form of the Creative Sound BlasterX G5 71 HDA which is now available to purchase price at $149.99.

The Sound BlasterX G5 is the latest addition to the BlasterX Gaming Series of accessories and features 7.1 HD audio and includes a built in SB-Axx1 multi-core chipset for hardware accelerated SBX Pro Studio enhanced audio.

The components fitted in the BlasterX G5 have been designed to transforms even basic stereo into 3D positional surround sound on your headset, as well as also supporting multi-channel content, delivering true 7.1 audio for ultra-realistic surround sound.

Features of the Creative Sound BlasterX G5 71 HDA include :

The Sound BlasterX Gaming Series also comes with the BlasterX Acoustic Engine software for PC that allows gamers to customize their audio profile to the game genres that they are playing. It is designed to intelligently decrease distractions and enhance essential audio details in games, giving gamers an added advantage. Gamers can now experience unprecedented levels of audio realism with immersive surround sound and bass boost – hear details you never knew were there! The full, customizable version of the BlasterX Acoustic Engine is available for the Sound BlasterX G5.