Sega has made the popular Crazy Taxi game for Android free until March 19th. The game usually costs $4.99, but it will be available free of cost. The gameplay will be the same as the original game, but there’s only one catch here: you’ll not receive any future updates.

Sega has also announced the sequel of the game dubbed as Crazy Taxi: City Rush which will the devices in the coming weeks and will be available for free in the App Store, as well as the Google Play Store. 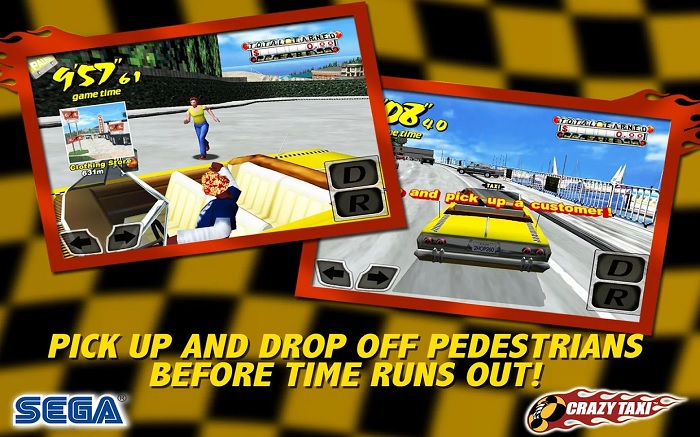 In case you don’t know, Google doesn’t allow developers to make the game free and return them back to their original price after a while. So, what Sega has done is they removed the original game, and replaced it with the free version which brings all the features of Crazy Taxi, before its sequel hits the App Stores.

“I’m very excited to finally be able to share with you the first news of Crazy Taxi™: City Rush,” said Executive Producer and creator of the arcade original, Kenji Kanno. “We are delivering a truly fun game that captures everything our fans love about the original and infusing it with several new features to create an even more fantastic and memorable experience.”

It’s a pretty good move from Sega, as this will definitely attract gamers from around the world to give this game a try, and attract them towards their upcoming game, which will be a free-to-play title.

Head over to the Google Play store and grab the game while it’s free. It still is addictive and let’s you experience the thrill.