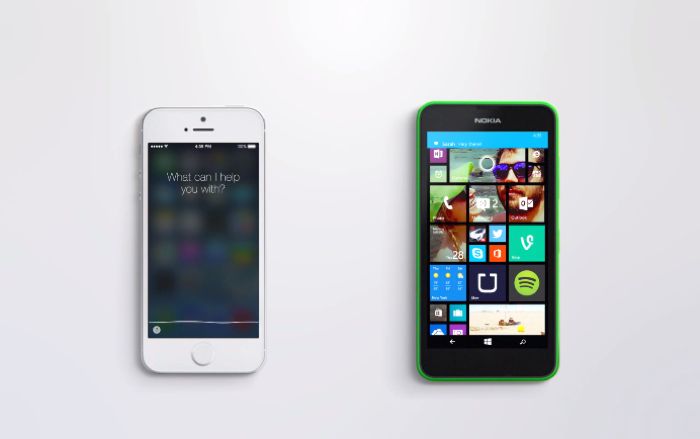 Microsoft has been promoting their voice activated assistant Cortana in a range of videos, and now the company has released two more, and in the latest ones, Microsoft’s Cortana takes on Apple’s Siri.

The latest Cortana videos from Microsoft show the Nokia Lumia 635 running Cortana, have a look at the videos below,as usual, Microsoft uses a bit of artistic license in their videos.

Microsoft is hoping that its new Siri bashing advertising campaign will help it sell more Windows Phone devices, the company now has its own hardware unit, since it recently took over Nokia’s mobile business.

Windows Phone has been gaining market share in some markets, although it is still quite a way behind Apple’s iOS and Google’ Android OS.

It will be interesting to see if Microsoft can take some customers from both iOS and Android, and whether Windows Phone ends up being a popular platform.