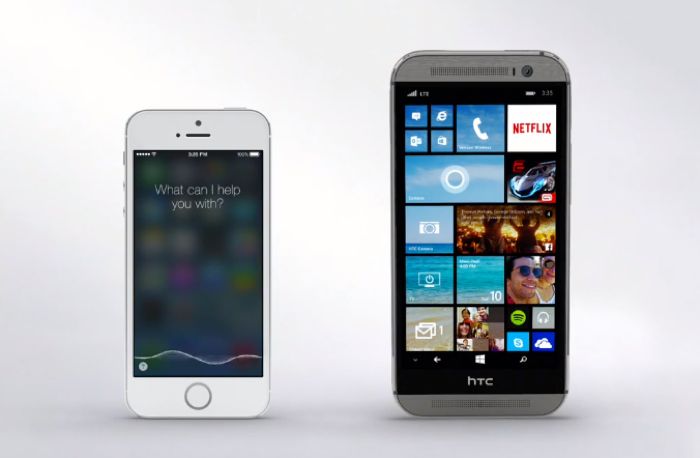 Microsoft recently announced that Cortana would be coming to the UK shortly, the company has been featuring Cortana in the adverts, and now the latest one takes on Apple’s Siri.

Microsoft’s latest Windows Phone commercial puts Cortana up against Siri again, the last video showed us some of the things that Cortana could do that Siri couldn’t, the latest video is a little different.

Microsoft is obviously hoping that their latest advert will help them sell more Windows Phone devices, as you can see the video features the new HTC One M8 for Windows Phone, which we suspect is going to be a popular device.

It will be interesting to see how Microsoft develops Windows Phone, sales of the handsets have been dominated by Nokia Lumia devices previously, Microsoft now owns the Nokia mobile business, which it is calling Microsoft Mobile.

We are looking forward to seeing more Windows Phone devices from other manufacturers, the new HTC One M8 for Windows Phone is a step in the right direction, although Microsoft needs to convince more handset makers to start producing Windows Phone handsets.