This has to be one of the coolest PC mods we have seen on geeky gadgets, the Liquid Cooled PC Desk.

The Liquid Cooled PC Desk was created by the guys from Popular Mechanics, as they had the idea of building the most extravagant PC mod they could, and from the looks of the photos they succeeded. 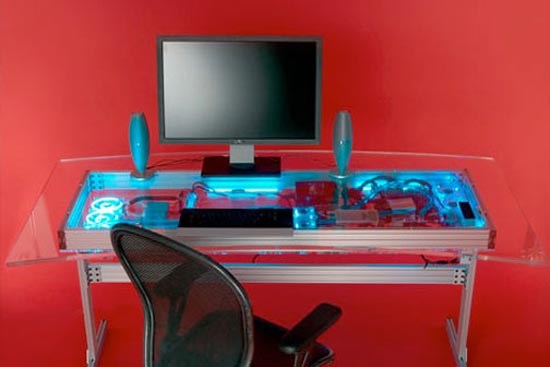 The desk is made from two giant acrylic panels, which are bolted to a custom made aluminum frame, all the PC parts are encased in the desk, including a clycool liquid cooling system which is used to cool the processor and the graphics card. 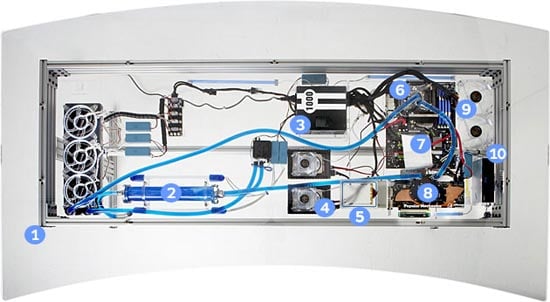 Inside the case there is also 7 fans and 13 bright blue neon lights, plus a Sony BDU-X10S Blu-ray drive that ejects up from the desk surface.

I have to admit this is one of the coolest mods I have seen, it looks amazing.