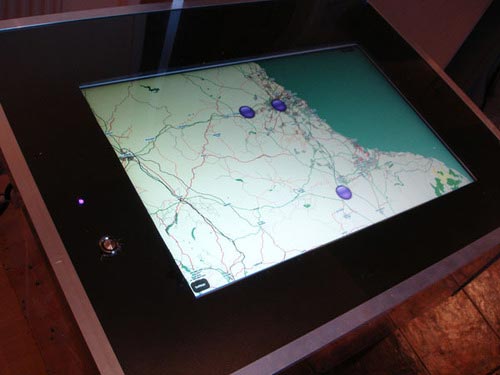 I built this system as part of my disseration for the final year of my Computing Science: Software Engineering degree. Its basically a table based computer system with a camera pointing down at the screen and using pattern recognition it detects user interaction and with a piece of software I wrote images, video, audio and comments sent via bluetooth to the table are plotted on a map, its designed for collaborative interaction with multiple people using it at any one time and no matter what side of the table people are at the part of the interface that person is using rotates so its the right way up for them 🙂 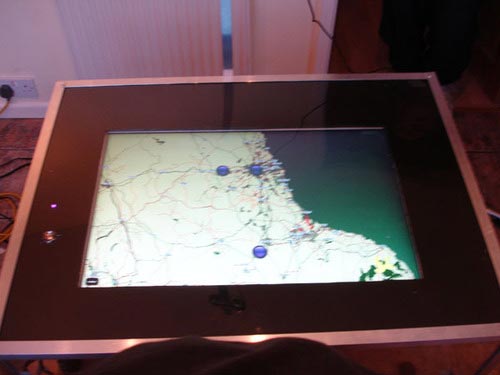 I have to say this is a pretty clever mod, and the features that this moder has built into this cool table PC are amazing.