What happens when you take a WowWee Rovio, a Wiimote and some clever software?  You get a Wiimote controlled Rovio. 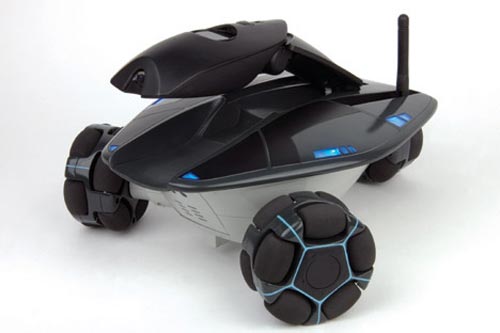 Watch the video where I show you how to control a WowWee Rovio mobile spy robot over the Web using a Nintendo Wii Remote control. The Nintendo Wii Remote talks to the PC running Robodance, and the PC tells Rovio which command to press based on what WiiMote button is pressed.

Robodance via Hack a Wii and Hacked Gadgets