Creating your own films on an iPhone is great fun and fantastically easy to do, but a new app called CollabraCam now enables you to take your filming to a new level using multiple iPhones as extra cameras to record footage and combine them all to create the ultimate production.

The iPhone CollabraCam application allow one iPhone device to become the ‘Director’ device and then wirelessly connect with up to four other iPhone, iPod Touch or iPad cameras as ‘operators’ also running the CollabraCam app over local Wi-Fi.

The footage from all the cameras can then be viewed on the Directors device, enabling the Director to monitor the live-streaming cameras and choose the best shots to edit in real-time. Watch the video after the jump to see the app in action. 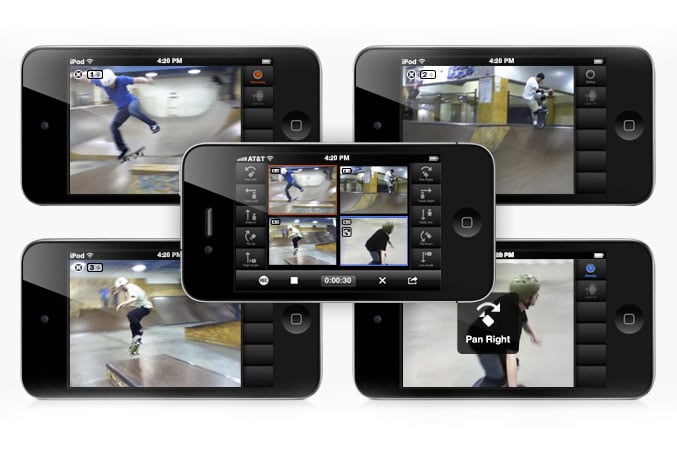 There are plenty of features within the CollabraCam application and if each camera operator saves their name or Twitter username, CollabraCam can automatically generate a credits page using the entered information. It’s also possible to export the project with all the raw footage, over onto the Director’s device at the end of the shoot.

So if you fancy giving a few Hollywood Directors a run for their money why not try the $6 CollabraCam which is available in the Apple App Store now.