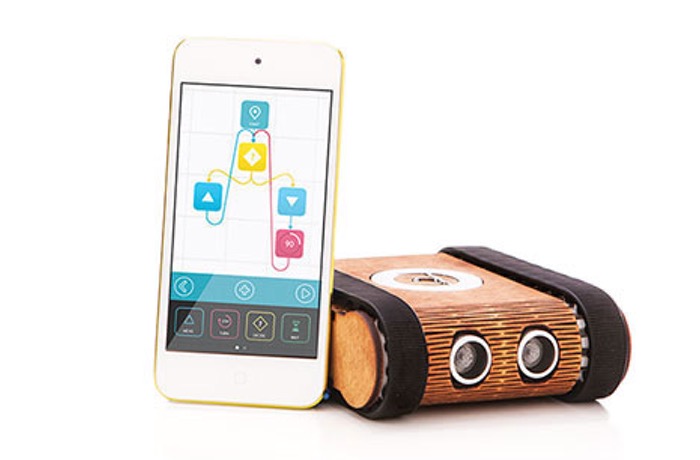 Any parents or teachers that would like to teach their children the principles of coding in a fun and entertaining way, may be interested in a new toy robot called codie.

Codie has been created to interact with a companion smartphone application and uses a brand new programming language that has been design by its developers to simplify the abstract patterns of coding into blocks.

Using the codie toy robot and smartphone app children can easily arrange icons on screen to control the robot’s behaviour, essentially allowing them to create simple “code that interacts with the real world”.

The codie robot is still currently in its prototype stages of development and is being created by a small Budapest-based startup development team, who explain a little more about their creation.

“Codie is a toy robot, to make the whole experience the way kids like it – tangible and real. The codie app is a unique visual coding app, as intuitive, creative and colorful as the children using it.

A creative tool, a companion that augments other toys and games. While playing with Codie your child will become familiar with logical thinking and problem solving that all technology is based on.”