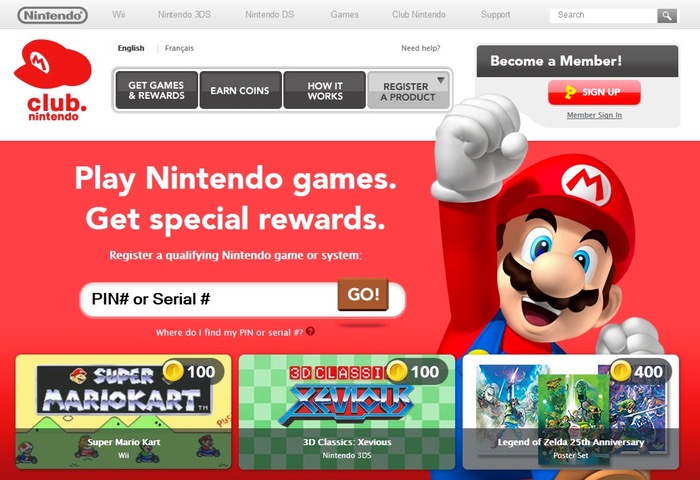 Nintendo’s first loyalty club that was launched as Club Nintendo way back in 2002 for Nintendo fans to enjoy, will unfortunately be discontinued later this year, announced Nintendo today.

Members of Club Nintendo that still have stars remaining in their account will need to use them before they expire on September 30th, 2015.

Nintendo is currently working on a new programme which it hopes to launch later this year, that will replace the existing Club Nintendo. Any gamers that sign up for the new Nintendo program during the launch period will be gifted a free copy of the Flipnote Studio 3D for a Nintendo 3DS system, says Nintendo. Club Nintendo Discontinuation Schedule :

– September 30th 2015: End of Club Nintendo programme. All Club Nintendo features, such as signing up as a new member, logging in as a registered member, earning Stars, and exchanging Stars for items from the Stars Catalogue will no longer be possible from this date.

For more information on the new Nintendo loyalty programme and the closure of Club Nintendo jump over to the official Nintendo website for details.