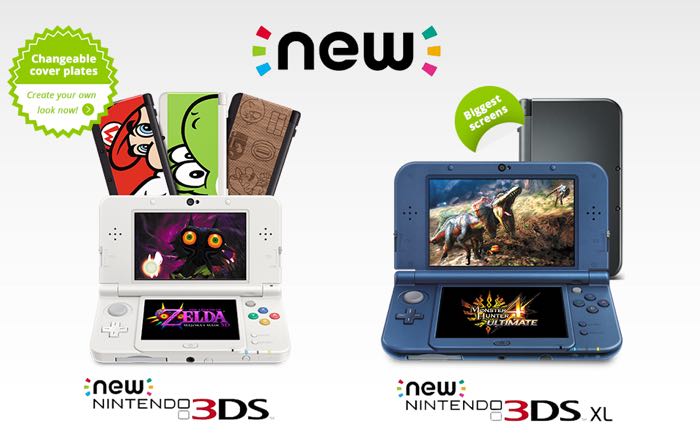 We recently heard that the new Nintendo 3DS XL would be headed to the U.S. next month, and now Nintendo has confirmed the device and the Nintendo 3DS will launch in Europe in February.

Both the new Nintendo 3DS and 3DS XL will go on sale in Europe on the 13th of February, Nintendo will be offering special editions of the devices.

The two new consoles come with a range of updates over the current models, the Nintendo 3DS display with be 1.2 times bigger than the previous model, and both models comes with more controls including a C Stick and ZL/ZR buttons.

You can find out more details about these new handheld gaming consoles over at Nintendo at the link below.