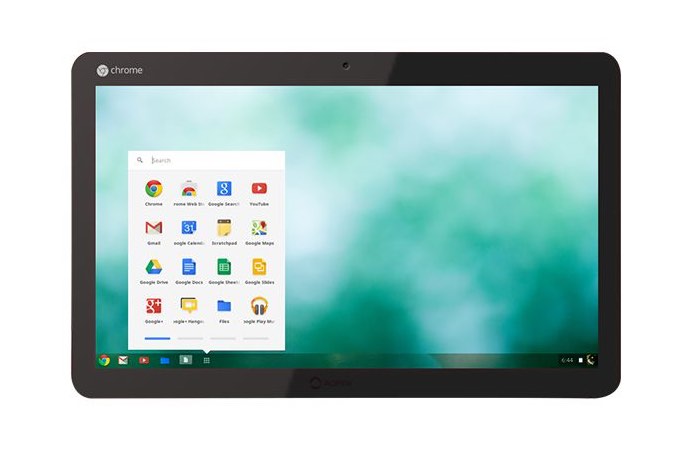 It was previously announced that AOPEN and Google were joining forces to create a Chrome OS system, and this week the new Chromebase Commercial all-in-one system complete with a 22 inch touchscreen display and running Google’s Chrome OS has been spotted making its way through the FCC.

The new system was spotted by Brad Linder from Liliputing and offers a resolution of 1920 x 1080 pixels and is powered by an Intel Celeron N2930 Bay Trail processor.

The Bay Trail processor is supported by 4GB of RAM and the system includes 32GB of internal storage together with connectivity provided by Bluetooth 4.0 and 802.11ac WiFi. Other features of the Chromebase system include Ethernet, serial, audio, and USB ports together with a HDMI output and 3W speakers. AOPEN explains a little more :

The Chromebase Commercial system has been designed for point-of-sales, kiosk-style operations and digital signage. Unfortunately no details on when the new system will be available to purchase has been announced as yet by AOPEN but you can request pricing quotations directly from their website.