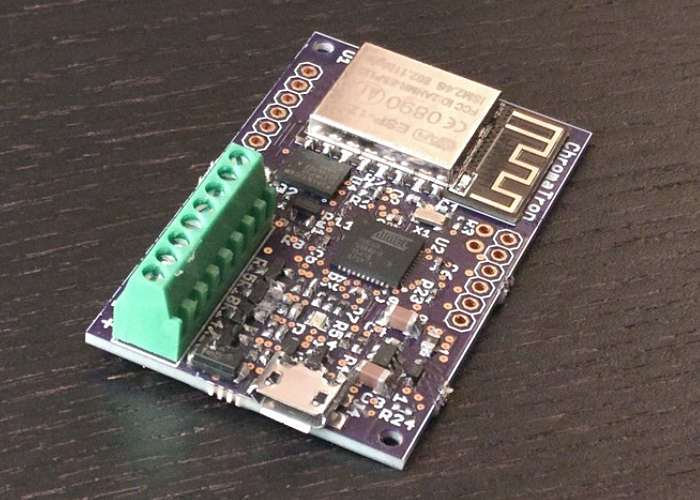 Developers, makers and hobbyists searching for an easy way to wirelessly control LED pixel lights, may be interested in a new control board created by Sapphire Open Systems, called the Chromatron.

Check out the demonstration video below to learn more about the open source Chromatron development board and how it can help you control your pixels via a Wi-Fi connection.

Features of Chromatron include the ability to :

Chromatron takes custom designed hardware and feature-packed firmware, sprinkles it with some Python, and serves up a delicious new platform to help you transform your world into a psychedelic dreamscape. Make art with LEDs! At least, that’s what I’m using it for.

Chromatron is now available to back via Kickstarter with early bird pledges starting from just $55 and delivery expected to take place during December 2017. For full specifications and more information jump over to the official Kickstarter campaign page via the link below.