A Chinese company has released a 3 in 1 iPad camera connection kit, and it looks like it might actually be better than the official Apple one as the Apple version comes in two parts, whilst this Chinese version comes in just one part.

The 3 in 1 iPad camera connection kit features an SD card slot, a microSD card slot and a USB port for hooking it up to your camera. 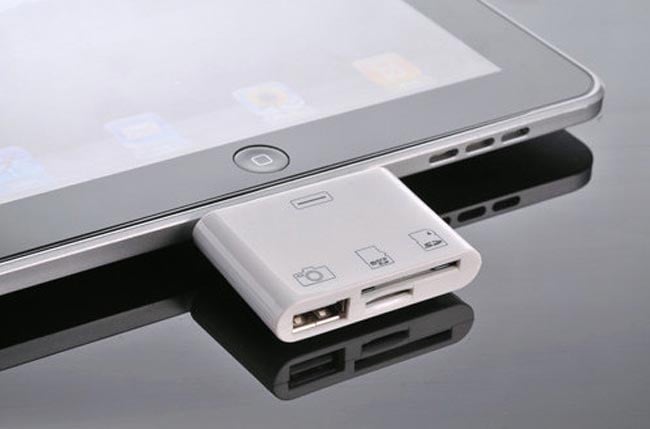 It looks like the 3 in 1 iPad camera connection kit is about the same price as the official Apple one, and you can find out more information about it over at Mic Gadget.