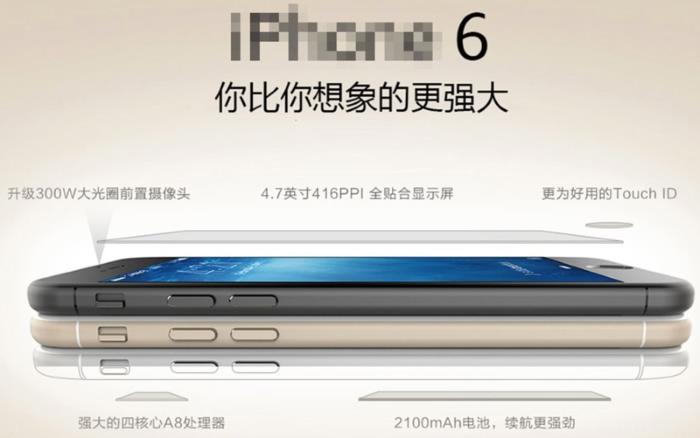 Apple is yet to officially unveil the iPhone 6, which is expected to take place on September 9th next week, China Telecom has apparently started taking pre-orders for the device.

The device is not yet officially available, but the pre-orders page give users the option to select either the 4.7-inch model or the 5.5-inch.

Furthermore, the pre-order page apparently leaks some specifications of the alleged device as well. The image above is reportedly for the 4.7-inch model which will come with a 416ppi pixel density, which could be in line with the 1704 x 960 pixels resolution we heard a few weeks back.

Additionally, the page says that it will come with Touch ID, an A8 processor and a 2,100 mAh battery. This is a little surprising since we heard that the 4.7-inch model will feature a 1,810 mah battery, but there were a few rumors of the 2,100 mAh as well. Lastly, the image also suggest that there will be a 3MP front-facing camera, with three color options — similar to the iPhone 5S: gold, gray and silver.

The report mentions that the image initially came with the non-blurred version, showing the “iPhone,” which was later altered after being spotted by a number of tech publications.

Apple has scheduled an event on September 9th where the company is expected to take the wraps off the upcoming iPhone 6. Stay tuned, we’ll update you as soon as we get more information.