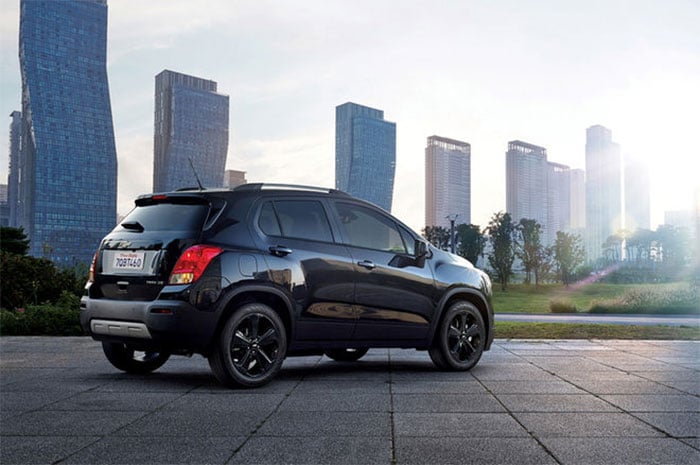 The Trax Midnight Edition is offered as an option on the top of the line LTZ trim and brings black wheels, bezels, moldings, door handles, and rear license plate appliques. Inside the car has grey seat accents and grey piping on the floor mats. Other than the black trim, this is the same Trax that you get in other colors. Power is from a 1.4L turbo 4 making 138hp and 148 lb-ft of torque.

The engine is mated to a 6-speed automatic transmission going to the front wheels. Trax is available in AWD flavor and fuel economy is rated at 24/31 compared to 26/34 for the FWD version. Chevy Trax LTZ starts at $26,125 with the Midnight Edition package costing $500. Buyers can get the Midnight Edition starting in late February. All black is hard to keep clean, but it sure looks good when it is.